Are You A Manager Or Leader? 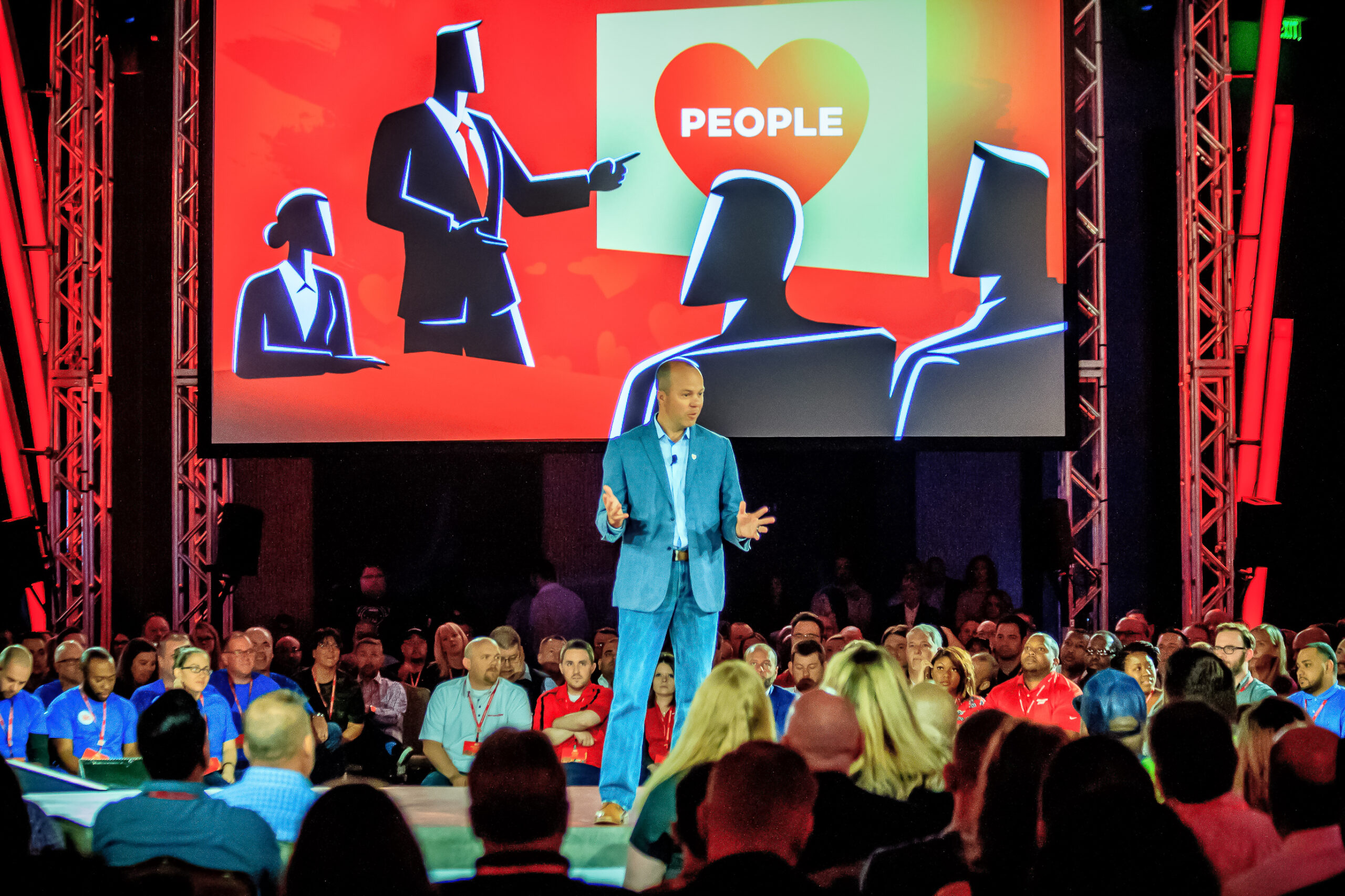 Managing vs Leading With Balanced Accountability:  Learn the Six Differences to Winning Hearts

It was early in my career when I realized that I wanted to be a leader. I was in college and had picked up a part-time sales job at a mattress retailer. It was here that I first learned that I really loved selling. I was determined to climb those corporate ranks so I focused on exceeding my sales goals and going above and beyond whenever I could. My hard work paid off and it wasn’t long before I was promoted to store manager. Little did I know how unprepared I was for the challenge.

It didn’t matter to me; I was thrilled to be advancing, and I hit the ground running. My management plan was mostly rooted in doing everything strictly by the book. I made sure my employees knew that what I said was exactly what I meant. I controlled everything they did from interacting with clients to vacuuming the store to taking out the trash. No matter the task, I was sure to be involved. Does the term “micromanagement” come to mind?

The thing is, my heavy-handed approach actually did produce great results. In my first two months as a manager, I tripled my store’s previous sales volumes. My performance was surpassing expectations, but unsurprisingly my staff was less than impressed. Great numbers are fun, but my way of getting them was unsustainable. I found myself with a team that truly hated working with me. Despite that early success, I was looking at a future of high turnover and money lost, not to mention a miserable work environment. I was always taught that accountability was vital to successful management so where was I going wrong?

The answer was right in front of me. I was managing instead of leading. Kathy Austin, a member of the Society of Human Resources Management (SHRM) once said: “Managers light a fire under people; leaders light a fire in people.” My employees weren’t following my example because they trusted me, they were obeying my instructions because they were afraid of me. Motivation is essential to maintaining employee engagement, and fear is not a sustainable motivator. People will run through walls for a leader that they believe in, but they’ll run away from one they don’t.

Real success doesn’t come from managing others. People hate being managed. What employees respond to is leadership from someone who will guide them to success, inspire individuality, and encourage creativity.

There are six key differences between managing and leading (respectively):

Toxic accountability versus balanced accountability is important here. Many see accountability as a consequence of something going wrong as opposed to a tool that encourages results. However, we absolutely crave being held accountable. A Partners in Leadership study found that 82% of subjects claimed an inability to hold others accountable whereas 9 out of 10 employees listed accountability as a major developmental need in their organization. People want to be led. High turnover, poor performance, low engagement… these are all born from ineffective accountability and it points to a person in charge who is managing, not leading.

Everything I’ve learned (and now teach) about accountability came to me the hard way, and believe me, resisted it. It’s not easy to take responsibility for any type of failure – especially one that includes other people. I had to break a lot of habits, let go of a lot of fears, and learn to trust in the teams that I formed. I went from being nicknamed after one of the evilest men in human history (revealed in my book!) to becoming executive vice-president of a $3 billion company and receiving my most cherished accolade – a “Best Leader” award from my team.

Your employees want to succeed and contribute to a flourishing company. Who doesn’t? They’re looking to you for direction and an opportunity to rise to the occasion. Let them by opening up and changing the only person you can change: yourself. It’s time to stop managing and time to start leading.

Hernani Alves makes the most complex skill in business and life, awesomely simple.

Hernani started as a part-time employee and eventually grew to become the President of a $3 billion publicly traded Company that was regularly voted as Best Workplace. Today, he’s an author and an international speaker that helps leaders build world-class teams focused on getting results.

In his best selling book, Balanced Accountability: Three Leadership Secrets to Win Hearts and Maximize Performance, Hernani delivers clarity on the case for accountability and the steps organizations, and individuals need to take to unleash their potential. He reveals the frame work needed to improve accountability in the workplace to win hearts and maximize performance.

In his best-selling book, The Champion Advantage, Hernani delivers clarity on the case that we need to refocus and reset our lives.   He reveals the champion playbook to maximizing our controllables to get a head start to winning like a Champion.

To connect with Alves, visit his Website or LinkedIn Profile